Constitution of the State of Montana

Constitution of the United States 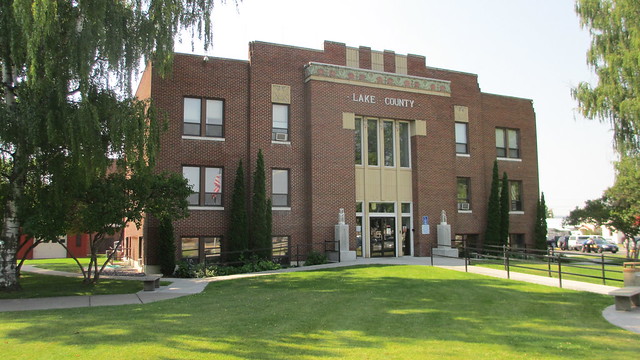 These links will re-direct you away from this website and to the official Lake County Montana website.

Our Constitution was made only for a moral and religious people. It is wholly inadequate to the government of any other.” ~ John Adams

Click here to see how YOUR Montana Senators and Representatives VOTED in 2021! Do you believe they accurately represented YOU?

Legistats SENATE Rankings (Is YOUR senator representing YOU?)

See if your state has already passed a related bill, or has one in the works.

Hello, does Representative ______ have any plans to propose or support _________ legislation? This is very important to me. I did my research and saw we have/have not passed a bill on this topic in the past. I am hopeful that we will see a bill that protects all citizens from _______, not just specific industries, or whatever is appropriate to your concern. Please respond and let me know what has happened on this particular bill/subject. Thank you. 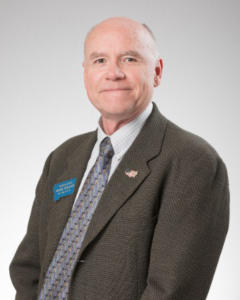 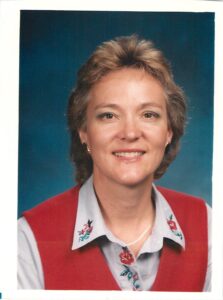 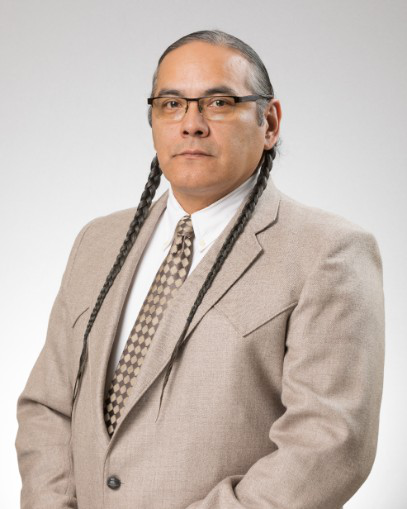 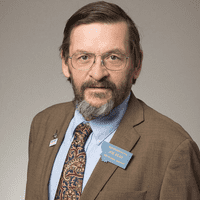 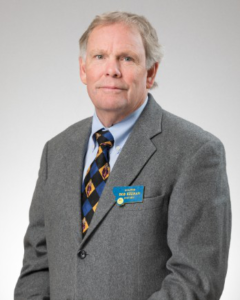 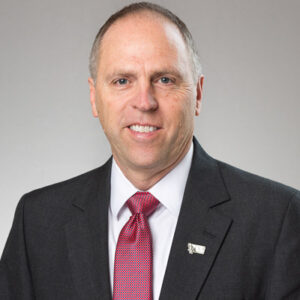 “Treason of the blackest dye was yesterday discovered! General Arnold who commanded at West Point, lost to every sentiment of honor, of public and private obligation, was about to deliver up that important Post into the hands of the enemy. Such an event must have given the American cause a deadly wound if not a fatal stab.

Happily, the treason has been timely discovered to prevent the fatal misfortune. The providential train of circumstances which led to it affords the most convincing proof that the Liberties of America are the object of divine Protection.

… At the same time that the Treason is to be regretted the General cannot help congratulating the Army on the happy discovery. Our Enemies despairing of carrying their point by force are practicing every base art to effect by bribery and Corruption what they cannot accomplish in a manly way.” George Washington, General Orders, 26 September 1780

Hello, does Senator /Representative ______ have any plans to propose or support _________ legislation? This is very important to me. I did my research and saw we have/have not passed a bill on this topic in the past. I am hopeful that we will see a bill that protects all citizens from _______, not just specific industries, or whatever is appropriate to your concern. Please respond and let me know what happened on this particular bill/subject. Thank you.

TESTER VOTES TO ADVANCE “ABORTION ON DEMAND UNTIL BIRTH ACT”

LegiScan: Bringing People to the Process

Dr Catherine (Kate) Vandemoer was our guest speaker for the meeting. I have attached her supplemental notes on the presentation for you in addition to the notes that I took during the meeting.

Kate moved to Lake County in 2012 for a 6 month assignment and is still here!

We all agree it is important to protect Montana’s water.  The Tribes have water rights.

We have lived through the biggest water issues since 1908.  If the rest of the tribes in the Unites States get water rights, there will not be any water for non-tribal members!

Kate has worked with the tribes around water issues for 30 years.

It was not fair to Montana that the extent of the Compact was not known to the citizens of Montana.

Discussion occurring between 2015-2020.  The Compact is called the Water Rights Protection Act but it isn’t.  We need to make this work for Montana.  We are now in  a place for making it work for Montana!  Indians have federal reserve water rights.  The government also reserved enough water to go along with the land reserved for each reservation.

The origin of federal water rights was in Montana with the Winters Doctrine in 1908.  The tribes have a reserved amount of water to fulfill the needs of the tribes. Senator Daines promised to eliminate the off-reservation water rights.  The Unites States worked with each tribe to resolve all issues historically.

Flathead Reservation signed an agreement stating that all claims were done during the the Indian’s Claims Court.  Flathead reservation went beyond their boundaries and agreements.

The map that Kate handed out shows the tribes subsistence area and the associated water rights with it which went across Montana.

In 1979 there was a Senate hearing and the tribe said they did not want any additional water rights.  Montana should have used preclusions to prevent the tribe from extending their water rights.

Our enemy is not the tribe – it is the Federal Government

1871 – water control given to the states by the federal government

Flathead Irrigation is a combined irrigation/hydro project.  The compact broke this up and causing some fighting.

In the compact there are capital “R’s” and small “r’s”.  “R” is for the reclamation project.

“r” refers to any project.

Waters of the Unites states

– all water in the water shed is included.

Federal control over Montana’s water cracks away at the State Water Administration.The tribes have filed over 10,000 water rights claims.  The state always owned water rights which has transitioned to tribal water rights.

Paragraph 1 of the compact states pursuant to the Hellgate Treaty, we the tribe reserve the right to the water.  This raises a new type of water rights that is unique to the Flathead Reservation.

CSKT Compact is not an Indian settlement – went outside of Montana’s laws.  The compact was incorporated into the Daines bill.  Montana gave water rights to the Federal Government – gave up article 9 of the Montana State Constitution.

Today we do not go to the District Court for water issues – today we have not place to go.  Tribal members lost their individual water rights in the compact.

HR133 – US Mexico Agreement – affects Western United States.  The compact was discussed/heard in Congress in the foreign affairs committee under the US Mexico agreement.  This is how it went through Congress.

Daines’ bill says we are implementing the compact

There are two gigantic mistakes:

1 – Federal recognition of water rights recognize state law – Montana can not give up their authority!

2 – This gives Montana an opportunity to fix the Water Compact issues.

Kate feels that Zinke will not help Montana.  Dr Al can help Montana in partnership with Rosendale.

The Montana Water Court needs to hear the fight to fix this – the fight is not over.

If you have a problem, you can not solve it by using the same people who caused the problem.  Our governor is pro-compact.  IF this is not addressed by our Attorney General or our legislature it will go to the US Supreme Court.  It is crucial that Congress takes responsibility- Kate feels it is possible to solve this.

PL93-638 – Secretary of Interior is supposed to sign off on the compact.  An agency is not able to change the law.

There is extreme corruption in the government.

PL638 contract enables the tribes to take over services that are specific for the tribes such as their medical care.

The group thanked Kate for speaking!

Article VI.  Debt.  The Constitution, Laws, and Treaties are the supreme Law of the Land.  Operative word is “and”:

The Senators and Representatives before mentioned, and the Members of the several State Legislatures, and all executive and judicial Officers, both of the United States and of the several States, shall be bound by Oath or Affirmation, to support this Constitution; but no religious Test shall ever be required as a Qualification to any Office or public Trust under the United States.

Article I. Powers Granted to Congress.  Indian Tribes are not “foreign nations”.

Section 8, Clause 3. “ to regulate Commerce with foreign Nations, and among the several states, and with the Indian Tribes”

Article I:  Compact with the United States. All provisions of the enabling act of Congress (approved February 22, 1889, 25 Stat. 676), as amended and of Ordinance No. 1, appended to the Constitution of the state of Montana and approved February 22, 1889, including the agreement and declaration that all lands owned or held by any Indian or Indian tribes shall remain under the absolute jurisdiction and control of the congress of the United States, continue in full force and effect until revoked by the consent of the United States and the people of Montana.

The purpose of the MT Reserved Water Rights Compact Commission is to:

A federal reserved water right arises when the United States withdraws a parcel of land from the public domain for a specific purpose—like an Indian Reservation, National Park, National Forest, etc.—there is impliedly “reserved” an amount of water to fulfill the purposes of that federal reservation of land.  This was decided in a Supreme Court case in 1908 called U.S. v Winters regarding irrigation from the Milk River in Montana.  This is known as the “Winters Doctrine”.

A federal reserved water right has the following characteristics:

TIMELINE OF IMPORTANT AND RELEVANT DATES

As somewhat of a summary, the CSKT Compact and the Daines bill are  “done deals” in the sense of having passed the Montana legislature and Congress, but that’s all.  Now comes the hard part: the “nuts and bolts” phase, the development of mechanisms for implementation, and the working out of conflicts and issues.  There is A LOT of work to do to make this work for Montana, and it can be done. Also, almost all of the premises of both documents are now ripe for challenges in federal court, as will be any phase of implementation. In this speaker’s opinion, this was a pyrrhic victory—one that causes more damage than the problem it ‘solves’: to existing state and federal law and institutions, the economy of Lake, Flathead, and Sanders Counties; agriculture in eastern and western Montana; and federal Indian law across the western United States. Stay tuned.