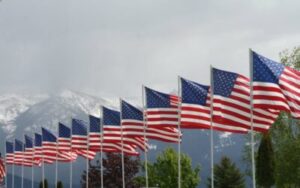 Founded in 1938, the NFRW has thousands of active members in local clubs across the nation and in several U.S. territories, making it one of the largest women’s political organizations in the country. The grassroots organization recruits and elects Republican candidates, advocates the Party’s philosophy and initiatives, and empowers women in the political process.

LCRW supports healthy families and pathways to prosperity upon which this country was founded; we work for the election of Republican candidates.

We promote an informed electorate
We increase the effectiveness of women in the cause of good government through active participation
We facilitate cooperation among Republican Women’s Clubs
We work for the election of Republican candidates
We promote the principles of freedom, equality and justice upon which the government of this county is founded